William Pinch teaches introductory surveys and advanced seminars on South Asia, British imperialism, film and history, historiography (including method, theory, and philosophy of history), and thematically focused global history.  Courses currently being offered on a regular basis (approximately once every two years) include:

In addition Professor Pinch regularly directs research/thesis tutorials for highly motivated students, usually in the History Department. Student research topics have ranged widely and include Indo-US relations and the Indian nuclear bomb, the historical thinking of Subhas Chandra Bose, the politics and culture of British imperial exploration during the “Great Game,” gender and the Naxalite movement, the history of the Nagarjuna Sagar Dam, the use of film in U.S. sex education in the 1950s, the 2012 rape-murder of “Nirbhaya” in Delhi, ivory craft production in Bengal, the political and ideological evolution of V. D. Savarkar, US foreign policy during the Bangladesh independence struggle in the early 1970s, Indian student revolutionaries and political violence in London in the early twentieth century, the persistence of the “Nelsonian Tradition” in the Royal Navy during World War I, armed Tibetan resistance to the Chinese takeover of Tibet (and its implications for Tibetan self-representation and historiography), imperial and post-imperial British and Chinese memory of the burning of the Summer Palace in 1860, the cultivation of an Anglo-Indian Civil Service ethic, the politics of religious nationalism in postcolonial India, the rise of steam-powered transport to India, the evolution of Pandita Ramabai’s Christianity, “Zenana missionaries,” trade and settlement patterns along the southern Connecticut River in the early modern period, the travels of “Joseph the Indian” to Lisbon and Rome in 1503-04, Subhas Chandra Bose and the Indian National Army, slavery and emancipation in Nepal, and the history of leprosy (Hansen’s disease) in modern India.

Students wishing to pursue a senior honors thesis or one-semester essay project must have successfully completed a survey or seminar course with Professor Pinch by the end of the junior year.  Preference will be given to students who have done more than one course, especially a survey and a seminar.  Non-History majors wishing to pursue a thesis (esp. in CSS and COL) are strongly encouraged to take HIST 362 as well, preferably in the junior year.

For more information on the research requirement in History, see the History Department’s website. 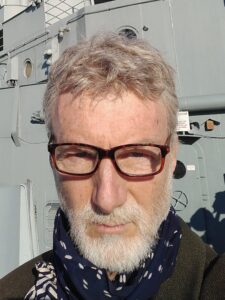